GREEK national operator Trainose has received the first of five ETR470 Pendolino trains refurbished by Alstom for use on the 502km Athens - Thessaloniki line. 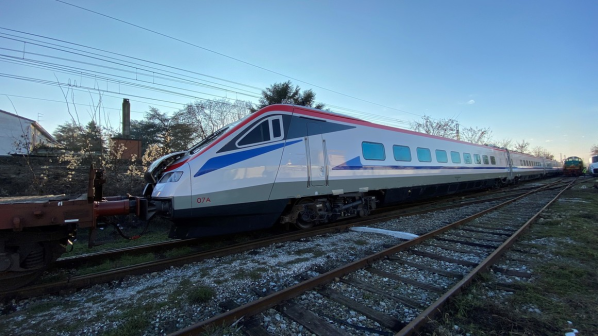 The 200km/h trains are being refurbished at Alstom’s site in Savigliano, Italy, with the remaining four sets scheduled for delivery by autumn. The trains will be modified for operation under 25kV 50Hz ac electrification and equipped with ETCS Level 1, new passenger information systems and Wi-Fi.

The trains are expected to reduce journey times between Athens and Thessaloniki from 4h 10min currently to three hours when the first train enters service in March. The introduction of the new trains follows electrification of the line in 2019.

The trains were built between 1993 and 1997 for use by the Cisalpino joint venture of Trenitalia and Swiss Federal Railways (SBB) on the trans-alpine routes between Milan, Zürich and Geneva, with the trains subsequently passing to Trenitalia following the collapse of the joint venture in 2009.

Trainose was purchased by Trenitalia’s parent company, Italian State Railways (FS), in September 2017.In March 2019, it was announced that the trains would be deployed in Greece following successful high-speed tests on the Greek network using a Trenitalia ETR 485 Pendolino EMU in September 2018.