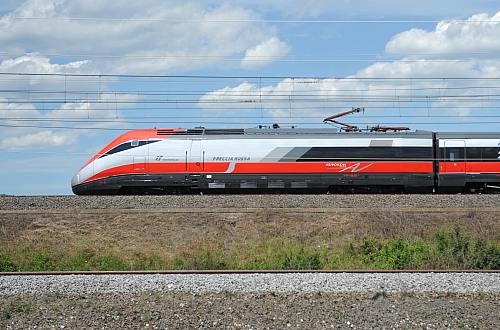 The total distance travelled by Frecciarossa, Frecciaargento, and Frecciabianca trains increased by 7.2% to 12.31 billion-km and the total number of services operated rose 4% to 70,895, a daily average of 194 trips, with 94% of trains arriving at their destination on time.