A significant and growing backlog of maintenance and renewals is threatening Irish Rail’s (IE) ability to sustain operations, according to a report released for public consultation by the National Transport Authority on November 15, which warns IE has only a small window of opportunity to repair its balance sheet. 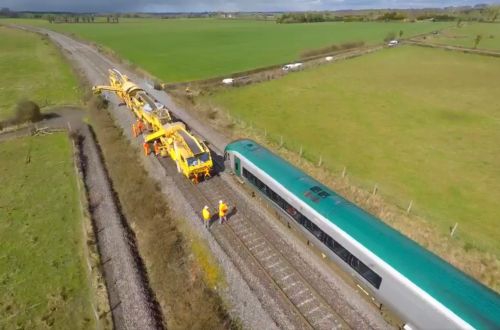 Publication of the report follows a review of the railway’s activities, which was carried out by IE and the NTA with the support of an independent assessment by Aecom.

This found that IE has been spending significantly less on infrastructure maintenance and renewal since 2011, and while it has been able to maintain the operational performance of the network through short-term fixes, the failure to renew life-expired assets is a rapidly-mounting problem for the company.

In 2011, Aecom estimated that IE would need to spend €247m per year to maintain the network in a steady state, but following six years of underinvestment, this figure is now calculated to be €276m per year. In its latest evaluation, Aecom calculated that IE would need additional funding to the tune of €102.9m in 2017, €116.7m in 2018, and €113.1m in 2019 to address the backlog in infrastructure spending, fleet heavy maintenance, fleet capacity, and reductions in public service obligation (PSO) payments.

The report notes that IE cannot continue to subsidise PSO through commercial activities and fleet heavy maintenance costs are being funded by the exchequer. IE returned to growth in all business areas in 2014, but is approaching fleet capacity and is “close to exhausting all avenues for additional capacity,” limiting potential to increase passenger revenues.

The report notes that underfunding has resulted in spending running ahead of revenue for several years, and IE is expected to have retained losses of €161m by the end of this year. “This has been facilitated by debt borrowing through the parent company,” the report states. “The net result of this practice has been to weaken the balance sheet to the point where it is not possible to incur loses in the future without crystallising a solvency problem. The balance sheet cannot sustain any unexpected financial shock.”

To address the legacy of accumulated losses since 2009, IE needs an estimated additional investment of €41.7m per year in 2017-19. The report suggests that this could come from increased exchequer grants, closure of loss-making lines, or a combination of the two.