GERMAN Rail (DB), which is in the midst of a labour dispute with the GDL union over a 5% pay increase for its 37,000 traincrew, has accused private rail operators of wage dumping, an allegation that has been strongly refuted by Veolia, Germany's largest bus and rail operator. 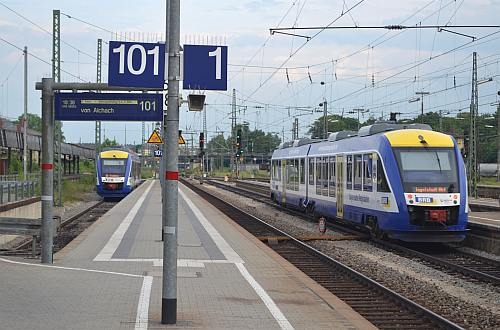 According to German press reports, DB claims that private companies are reducing wages and tightening working conditions in order to make their bids for local passenger rail concessions more attractive.

"The suspicion is that German Rail is endeavouring to prevent a further opening of the German regional rail transport market by making false allegations regarding salaries and social standards," says Mr Christian Schreyer, CEO of Veolia Verkehr. "This could be because extremely profitable legacy contracts still exist in many states, but these overpriced monopoly contracts are mostly to the detriment of passengers, service and fair competition."

Veolia says it favours competition for the provision of regional rail services, as this has generally resulted in a better deal for passengers through measures such as the introduction of modern trains.

Schreyer says agreements regarding railway staff pay and conditions in most German states include DB's terms and conditions as a minimum standard, but Veolia exceeds these in many areas.

"Customer service, innovative operating concepts, good maintenance as well as a streamlined management are of much greater importance for the success of regional rail competition than the pure personnel costs" Schreyer says. He also points out that because professional railway staff are urgently needed by all transport companies, lower labour costs would be unenforceable.