THE rail sector has been urged to maintain a focus on research and innovation to keep pace with advancements in other modes including road transport. 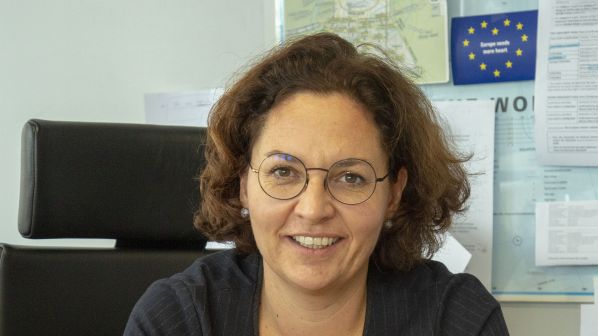 At the Shift2Rail (S2R) Open Call for Proposals info day in Brussels on February 6, Ms Elisabeth Werner, Director of Land Transport at the European Commission’s DG Move , called for proposals that were concrete and implementable as well as visionary and futuristic.

Werner said that while there were a range of topics covered in the call, they all came under the broad banners of automation and digitalisation.

“For me, they all fall under these broader headings, and we would like those to contribute to the overall ambition of making rail much more attractive, much better performing and fit customers and citizen’s needs,” she said.

“I would in particular like to encourage you to think of projects coming from the widest area of participation. We would like this call to be more inclusive than ever in terms of participants, we would like to see wider geographical scope, we would like to see more diversity in terms of the expertise participating from the big and well-established companies with the long history through to the SMEs and even start-ups because we do not want to rely only on implementer research.”

She said the EC was looking to bridge the gap between innovation and deployment.

“For transport as a whole, digitalisation and decarbonisation are the big topics for the future” she says. “As rail is concerned, what we need is a much more flexible, reliable and cheaper railway which can compete with and compliment other modes of transport.

“What we want to see is a credible plan and faster results so that we can make the case for continuing what we consider is a big success.”

The meeting was held on the same day the EC adopted the Sixth Rail Market Monitoring Report (RMMS), which found that while the passenger sector in Europe was growing, the freight sector continues to lose market share to road.

TNO senior project manager, Mr Ming Chen, who has been scientific coordinator for S2R’s flagship project Smart Rail, said that while good development initiatives are underway, rail is coming under increasing pressure from advances in the automotive sector and the new business models enabled by the growth of online service platforms.

“When looking at it from a societal perspective, I see big risk for societal damage if rail fails to stay at pace with roads, especially for freight,” Chen says. “There will be a major benefit for shippers, when automated trucks are allowed on highway corridors, which could result in a 50% cost reduction in some countries.”

Chen says if long-distance transport without drivers becomes possible, the price difference will be so big that every shipper will want it, which could lead to a rapid transition. Technological advancements, such as the introduction of 5G telecoms due to roll-out from 2020, will enable the uptake of advanced automated road services. A recent communication from the European Parliament mentions 2020 as the moment when the first SAE level 4 (automated) vehicles will be on the market, while other estimates predict 2025.

“One can imagine that this will have a major effect on the requirements for innovation and business models of rail transport.” Chen says. “But even more importantly, think of what this will mean for road congestion and road damage, as a truck contributes 200,000-times more to maintenance costs of road infrastructure than a passenger car.

“So rail has to succeed to transform in the right direction, and it definitely will when required actions are taken now and not left for some time later.”

S2R opened applications for the 2019 Call for Proposals for research and innovation activities, which will provide €152m of funding, on January 16.

Submissions for the application period, based on the Annual Work Plan 2019, will be accepted until June 18 2019. The call includes six topics open to S2R members and 12 which are open to non-JU members.