NEW train schedules were launched across Europe on December 14, and according to the December issue of the European Rail Timetable, the improvements outnumber the number of services being withdrawn. 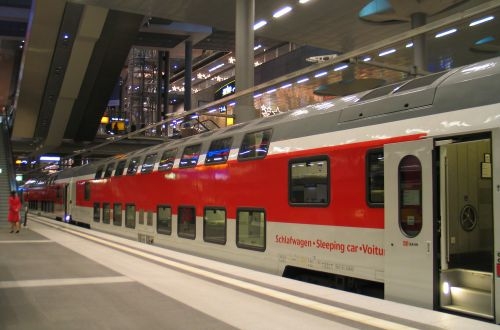 The reintroduction of conventional hourly-interval services between Amsterdam and Brussels takes the Fyra high-speed debacle full circle, although long-suffering passengers on the route will have to wait until 2021 until replacement high-speed trains enter service in the Netherlands.

The seemingly relentless withdrawal of overnight trains in Europe continues with the termination of the Paris – Berlin/Hamburg and Basle/Amsterdam and Prague to Copenhagen services, while Warsaw/Prague – Amsterdam services have been cut back to Cologne and no longer serve the Netherlands. Russian Railways' (RZD) has suspended overnight services from Moscow to Bucharest, Sofia, Budapest, Belgrade and Bratislava and two international day trains have also been cut: Hamburg – Berlin – Wroclaw, and Hamburg – Berlin – Prague – Vienna. However, a new two-hourly Railjet service has been introduced between Prague, Vienna and Graz.

Nonetheless, there is also good news further south regarding overnight sleepers as new services have been introduced between Ljubljana and Belgrade, and from Budapest to Sofia over the recently-opened bridge across the Danube at Vidin.

Thello has launched a new daily daytime service between Milan, Nice and Marseille with additional trains planned linking Milan and Nice in April 2015.

While the last remaining InterCity services linking Germany and Luxembourg have been withdrawn, a new hourly regional service has started between Koblenz and Luxembourg taking 2h 28min.

The virtual completion of Vienna's new main station has enabled Austrian Federal Railway (ÖBB) to expand services with trains from Graz and Villach now calling at the new station. All ICE trains from Germany have been diverted through the new station and extended to Vienna Airport.

In Norway, the Oslo – Kristiansand – Stavanger day service has doubled in frequency to six round trips a day. In Sweden, the overnight service linking Stockholm and Malmö has been reinstated, and new open-access operator MTR Nordic will launch a service of four round trips per day on weekdays between Stockholm and Gothenburg on March 7, with two round trips at weekends.