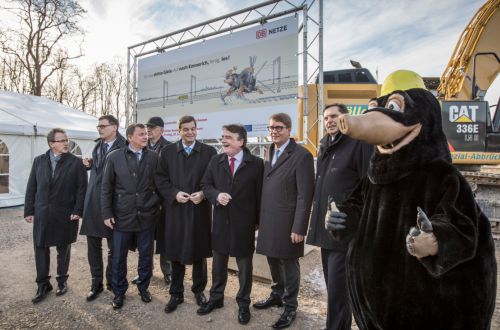 The project involves the construction of a third track, modification or renewal of 47 of the line’s 53 bridges, and the elimination of 53 level crossings. The line will be resignalled with shorter block sections to increase capacity and noise mitigation measures will be implemented to reduce the impact of frequent heavy freight trains on communities near the line.

The project is being implemented within the framework of the Dutch-German agreement on the Betuweroute dedicated rail freight corridor between port of Rotterdam and Germany’s Ruhr region.

The German federal government is contributing €750m to the project, with €450m coming from the state of North Rhine Westphalia.

The new-build Dutch section of the Betuweroute opened in 2007, but additional measures have become necessary on the German side of the border to cope with increasing traffic.