TEN consortia have been shortlisted for contracts to build two metro lines totalling 44km in the Saudi Arabian holy city of Mecca, according to press reports on April 9. 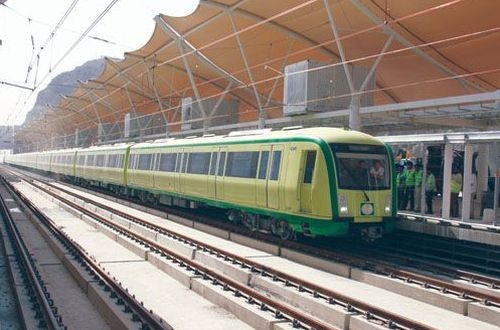 The Arabic daily newspaper Al Hayat quotes Mr Saad Al-Qadi, CEO of Mecca Trains Company, as saying that the shortlist, which includes both domestic and international contractors, has been approved by Prince Mishaal bin Abdullah, governor of the province of Mecca.

The first line will be 11km long with seven stations and will run mostly underground, linking the Jamrat region in Mina with the northern side of the Grand Mosque, the Haramain high-speed station in Rusaifa, and the Mecca-Jeddah Expressway.

The second line will be partially underground and will be 33km long with 15 stations. It will start in Madinah Road north of Taneem Mosque, then run south along the western side of the Grand Mosque, and via King Abdulaziz Towers, Azizia Street and Taif-Karr Road to Umm Al-Qura University.

Civil works on the Riyals 25.5bn ($US 6.8bn) project will be divided into two packages covering underground and elevated sections.

Construction is expected to begin in the middle of this year and will take around three years to complete. The two lines are part of a longer-term plan to construct four lines totalling 114km with 62 stations.