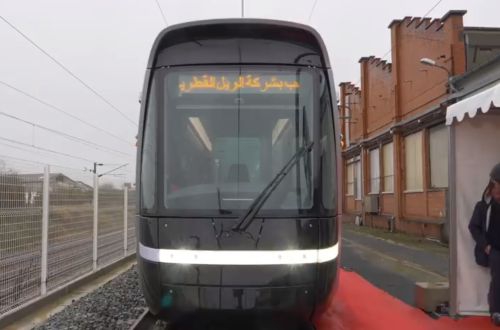 Alstom is a member of the Qatari Diar Vinci Construction consortium (QDVC), which was awarded an EPC contract in June 2014 for the 28km three-line network, which will serve 25 stations. Alstom’s share of the contract includes rolling stock, electrification, signalling, and trackwork.

The 33m-long LRVs will accommodate 207 passengers, and will be equipped with Alstom’s APS ground-based power supply system.

The design of the LRVs is inspired by the Dhow, the traditional Qatari boat used for pearl fishing.

The first vehicles are due to arrive in Qatar in March, and Qatar Rail says the project is currently 71% complete, with commercial operations due to begin in 2020.

The Lusail light rail network will be operated by RKH Qitarat a joint venture between a consortium RATP Dev and Keolis, France, which has a 49% stake, and the Qatari Hamad Group, which holds 51%.