THE first of 62 Bombardier Traxx AC locomotives for Israel Railways (IR) was loaded onto the Normed Antwerpen at the port of Bremen on July 31 in readiness for the first leg of its sea voyage to Israel. 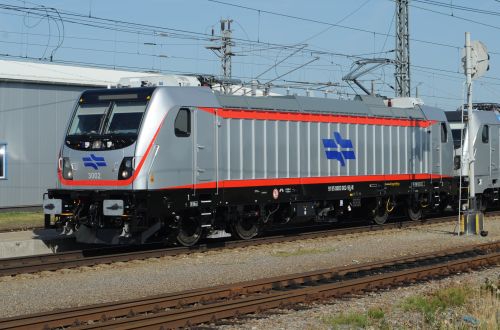 The first of the 160km/h 25kV 50 Hz ac locomotives emerged from Bombardier’s Kassel plant in March.

In addition to the locomotive currently en route to Israel, two units underwent dynamic testing with Bombardier Twindexx double-deck coaches at the VUZ Velim test track in the Czech Republic during July.

The fleet is being supplied under a Shekels 1bn ($US 280m) contract awarded to Bombardier in October 2015.