ETIHAD Rail, the developer and operator of the UAE’s national railway network, has awarded contracts for civil works and trackwork on two sections of the Stage 2 of the system. 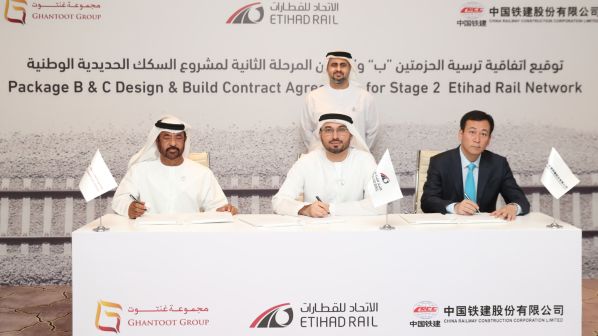 Both packages are part of the 605km line from Ghuweifat on the Saudi border to the port of Fujairah. Package B covers a 216km section of the route, while Package C covers 94km. These two sections include links to Khalifa Port, Khalifa Industrial City, and Jebel Ali Port near Dubai.

The scope of the two design-build packages includes earthworks, bridges and tunnels, animal crossings and tracklaying.

For detailed data on rail projects in the Middle East, subscribe to IRJ Pro.