THE first batch of four trains for the Doha metro network were unloaded at Hamad Port in Qatar on August 20 after completing their 21-day sea voyage from Kobe, Japan. 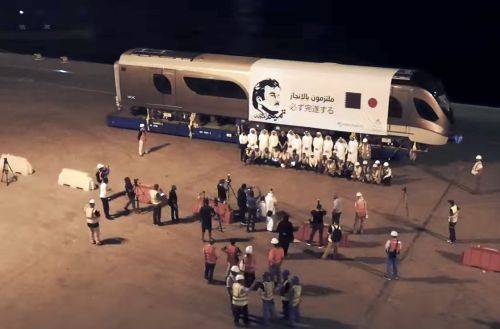 The trains will now be moved to Qatar Rail’s Al Wakra depot for reassembly and testing.

Kinki Sharyo is supplying 75 three-car metro trains, dubbed Al Faras, for the first phase of the network. Each train seats 172 passengers in standard class, 26 in family class, and 16 in first class.

The interior design is inspired by Doha's modern skyline, while the exterior of the train has been styled to resemble an Arabian mare, which is revered in Qatari culture.

Qatar Rail says the first phase of the metro network is now 62% complete and civil works are due to be completed by the end of the year. Phase 1 will open in 2020.