ISRAEL Railways (IR) has conducted its first test run with an electric locomotive when a Bombardier Traxx locomotive reached a speed of 160km/h along the first 12km electrified section of the A1 between Anava junction and Latrun Monastery. 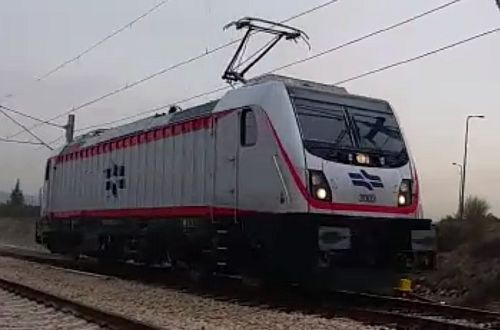 IR has ordered 62 Traxx locomotives under a Shekels 1bn ($US 280m) contract signed in October 2015. The locomotives are being built at Bombardier's Kassel plant, and first three have arrived in Israel.

The 57km A1 Link, which will provide a new direct rail connection between Tel Aviv and Jerusalem, is due to be completed by April 2018 when the A1 is expected to open, which means the start of electric train operation in Israel.