QATAR Rail has awarded a €3bn contract to RKH Qitarat to operate and maintain both the Doha metro and the Lusail light rail network north of the Qatari capital for 20 years. 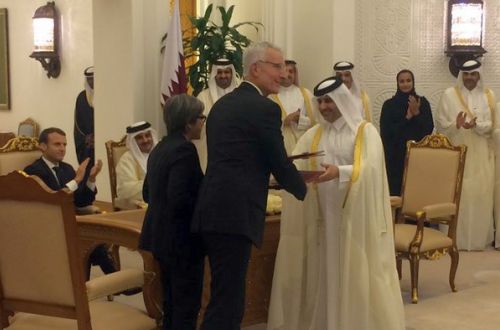 RKH Qitarat is joint venture based on a consortium between RATP Dev and Keolis, France, which has a 49% stake, and the Qatari Hamad Group, with the remaining 51%.

Lusail's 32km four-line light rail network, which will have 37 stations, will serve a new town and connect with the Doha metro. The first line is expected to open by the end of 2018 followed by the remaining three lines in 2020. Alstom is supplying 35 LRVs, and installing catenary-free electrification, power supply, track, signalling, telecommunications and train control.

The fully-automated Doha metro is being built in two phases. Phase one involves the construction of the Red, Gold, and Green lines of the four-line network, which are expected to open in 2020. Dynamic testing started in September of the first of 75 three-car trains being supplied by Kinki Sharyo.

Phase two will see the addition of the Blue Line and extensions to the initial lines to create a 75km 60-station network by 2026.