DETAILED engineering and design for the next sections of the 2177km Gulf Cooperation Council (GCC) rail network will be completed this year, says Mr Ramiz Al-Assar, senior transport specialist for the Middle East and North Africa with the World Bank's Sustainable Development Department. 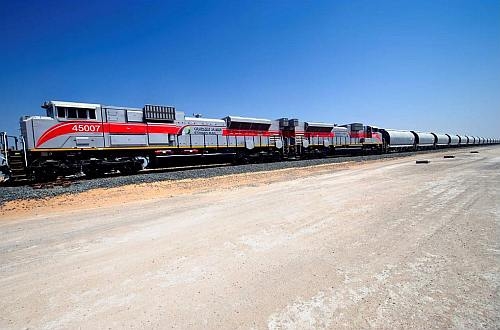 Al-Assar was speaking at the first UIC conference on railway interoperability, standardisation, and harmonisation for the Middle East in Doha on March 31.

"We will have a meeting of the GCC Railway expert working group in Abu Dhabi on May 11-14 to finalise common guidelines for operation and institutional and regulatory requirements," Al-Assar told delegates. "We hope to reach agreement on the master schedule in June. Detailed engineering design will be completed this year."

Etihad Rail has already completed its 120km coastal section in the United Arab Emirates and plans to launch the second stage soon of its 628km section of the GCC Railway. Al-Assar says Saudi Arabia has started construction of another 200km section and will need to build around 600km of new line.

Qatar Rail expects to receive bids on April 6 to pre-qualify for a design and build contract for the first phase of its railway from Doha to the Saudi border, although the government has asked for the alignment to be altered to avoid a military base.

"A study will be completed in June for a railway causeway linking Dammam in Saudi Arabia with Bahrain where two stations are planned," Al-Assar says.

"We are mandated to complete the project in 2018 and while there could be some slippage, because the project is split into relatively short sections in each country I believe it is achievable in two to three years."