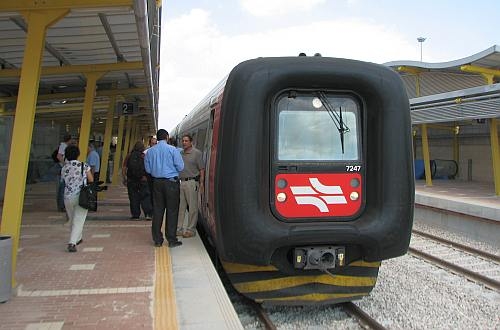 The Ministry of Transport expects to invite tenders in the first quarter of next year for the electrification of 420 route-km at 25kV 50Hz ac. An invitation to prequalify was issued last October and seven proposals have been submitted in the prequalification phase, which is due to be completed next month.

The National Roads Company will be responsible for implementing electrification on the new railways it is constructing, including Tel Aviv – Kfar Sava (30km) and Acre – Carmiel (23km), while IR will oversee the electrification of the existing network.

According to Katz the first lines to be electrified will be the new direct line to Jerusalem and the Acre – Carmiel line.

The total cost of the first phase is expected to be Shekels 11.2bn ($US 3.1bn) including rolling stock.