ISRAEL’s transport minister Mr Israel Katz announced on May 18 that the 57km A1 Link between Tel Aviv and Jerusalem will now open on September 23. 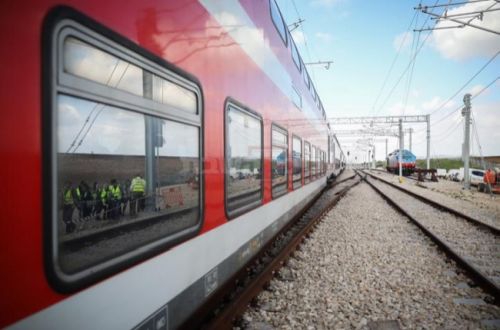 Test running on the A1 link.

The line was supposed to open on March 30, and the announcement should put an end to speculation that the opening might be delayed until April 2019.

Katz says that in the first stage passenger services will run between Tel-Aviv Hahagana and Jerusalem Navon. As electrification progresses, it is planned to extend the service through Tel Aviv to Hertzliya.

A journey time of 28 minutes is envisaged between Jerusalem Navon and Tel Aviv Hahagana. This is about 1 hour faster than using the existing service via the old line to Jerusalem Malha.