A milestone was reached in the construction of Israel's 70km Ashkelon-Beer-Sheva line at the beginning of August when the signalling system was activated making the line operational. 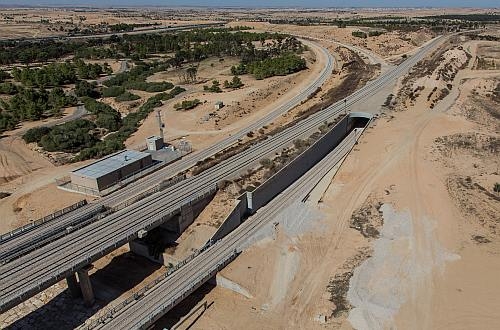 Before the official opening next month freight trains will run over the Shekels 2bn ($US 530m) line to bed in the track.

Initially passenger trains will call at Ashkelon, Sderot, Netivot, and Beer-Sheva, with a further station at Ofakim due to open at the end of the year.

From next year the line will be used by 25 trains per day in each direction.