ISRAEL’s transport minister has revived plans to build a new line from Rosh-Ha-Ayin via Petakh-Tikva in the center of Israel east to Ariel, but rather than constructing it as a heavy-rail line it will now be built as a tram-train. 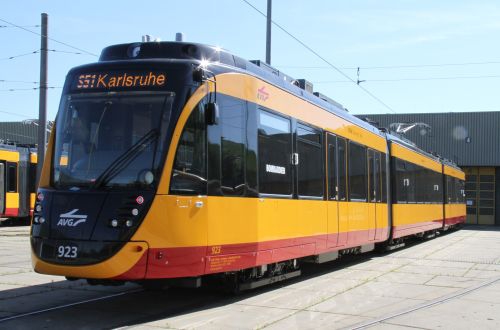 The line was originally included in Israel Railways’ master plan for the 21st century published in 1997. However, the project has only started to make progress after the concept was changed to a tram-train and the involvement of Katz, who has put Israel Roads in charge of detailed design.

The population of Ariel, located 22km east of Kessem interchange east of Rosh-Ha-Ayin, is forecast to reach 25,000 by 2030. The city has a university with 16,000 students today, which is expected to rise 21,600 by 2030, many of whom live along the proposed alignment. Roads in the area are already heavily congested.

The line will have a maximum gradient of 3% and a minimum curve radius of 400m. Three options are being considered for the alignment:
Option A - a direct 29km link between Rosh-Ha-Avin North and Ariel along Highway 5
Option B - a 35.5km line via Kafr-Kassem, Southern Sharon, and Petakh-Tikv, and
Option C - a 34km line along a different alignment from Option B but serving the same areas.