SPEAKING at a visit to view progress of construction on the Tel Aviv light metro, Israel's transport minister, Mr Yisrael Katz, said he will present a motion very soon to the government to build a rail network covering the entire Greater Tel-Aviv Area, known locally as the Dan Agglomeration. 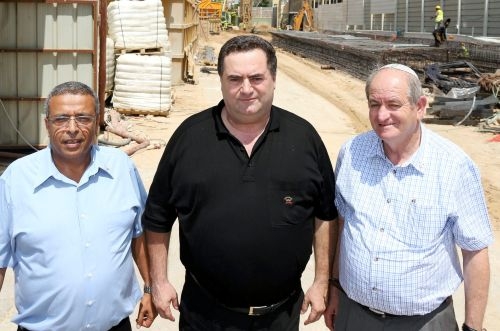 The network, which would be mainly underground, would cost an estimated $US 12bn. However, Katz admitted that funding for the project has yet to be identified.

Construction of the 22km Red Line of the Tel Aviv light metro has now reached the point of no return with works totalling $US 380m carried out so far. Work is in full swing at three underground tunnelling excavation sites to prepare for the launch of the tunnel boring machines. Tenders have also been invited to construct tunnels using the New Austrian Tunnelling Method. The Red Line will have 11km of tunnels.

"It is a shame that the project was not carried out several decades ago; it would have solved many transport problems," Katz said during his visit. The Red Line, which will link Petakh-Tikva with Bat-Yam, is due to open at the end of 2017.

Detailed design of the 35km north-south Green Line is due to be completed in 2013 with a view to starting commercial operation in 2020. A third line, the 34km Purple Line, is planned to be completed by 2021.