ISRAEL Railways (IR) has signed a contract with Bombardier for an additional 54 Twindexx Vario double-deck coaches, taking the operator’s fleet to 512. 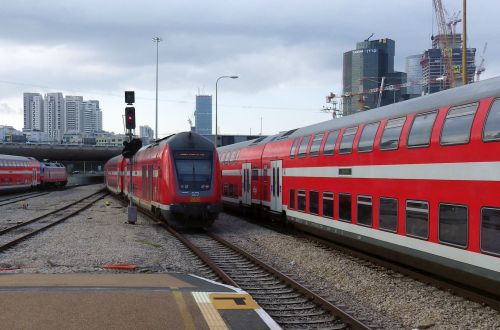 The order is worth €104m and is part of a framework contract signed in October 2010. It consists of 11 control cars, 11 intermediate coaches with space for people with reduced mobility, and 32 trailer coaches. Delivery of this latest batch will be completed by August 2020.

The coaches will be suitable for operation on the new electrified A1 Link between Tel Aviv and Jerusalem. As a result, unlike the existing 293 coaches already in service, the control cars will not use a diesel generator to power auxiliary systems like air-conditioning with the Bombarider Traxx electric locomotives having sufficient power for both traction and auxiliaries. The driver’s desk in the control cars will also be redesigned to match the new electric locomotives.

The existing coaches are steadily being upgraded for 160km/h operation and electric traction at Bombardier’s workshop in Haifa while IR and Bombardier have begun static and dynamic tests of the first Traxx locomotive, with delivery set to be completed in March. In addition, Bombardier is training IR to carry out assembly of coaches which were recently delivered to Be’er Sheva and are part of an order for 60 coaches placed in March 2016.

“Together, IR and Bombardier teams collaborated closely to develop the necessary technical adjustments required to enable the trains to operate in tunnels and on electrified lines,” says Mr Avi Zalman, head of IR’s rolling stock development and engineering. “We also considered local and international standards to ensure and further increase safety for both operator and passengers, while keeping comfort in mind.”