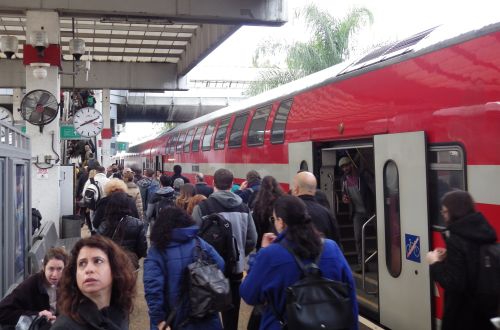 However, net profit for 2016 was slightly lower than in 2015 at Shekels 153m due to a one-time revenue difference in 2015 from the sale of property.

Passenger traffic in 2016 grew by 13% to 59.5 million journeys compared with 52.8 million in 2015. This continues a pattern of steady growth fueled by network expansion where traffic has increased by 66% since 2011 when the railway carried 35.9 million passengers.

However, passenger revenue fell by 9% last year to Shekels 195.4m due to a tariff reform introduced by the Ministry of Transport which cut fares.

Passenger train punctuality dropped from 95.4% in 2015 to 94.3% in 2016 due to the introduction of temporary speed restrictions resulting from engineering works.