ISRAEL Railways (IR) published a international tender on March 20 for a contract to supply a fleet of 160km/h double-deck EMUs, and also confirmed it will exercise an option with Bombardier for additional locomotive-hauled double-deck coaches. 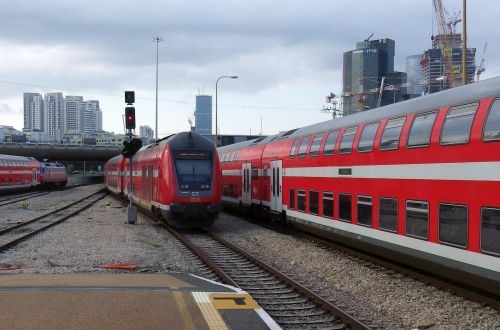 The EMU tender calls for the supply and maintenance of 60 25kV 50Hz ac regional trains. These could be supplied as either four double-deck sets, or a combination of double and single-deck cars, with a maximum of two single-deck cars per train. the tender envisages a fleet of four and six-car trains, which are capable of multiple operation, with options to extend the sets to five or seven cars if required. Each car must seat at least 100 passengers (including folding seats) and accommodate up to 100 standees at four passengers/m2.

The deadline for submission of proposals is August 8.

In addition to the new EMUs, IR will exercise a Shekels 456m ($US 118m) option with Bombardier for 60 push-pull double-deck coaches which will be equipped for operation with both diesel and electric locomotives.

The order comes after higher-than-forecast increases in ridership and the planned deliveries will coincide with the opening of three new lines, including the Haifa - Beit-Shean Valley Line later this year, the Acre - Carmiel next year, and the A1 fast link to Jerusalem in 2018. Deliveries will be completed in the first half of 2018.

"Both the ministry and the railways are in full preparation towards the electric era which will significantly change the railways," says transport minister Mr Israel Katz. "Therefore it is essential to have the proper fleet in order to provide the best services."