ISRAEL Railways (IR) has signed a cooperation agreement with the National Roads Company (NRC) for the electrification of the country's railway network, and issued an invitation to prequalify for the first phase of the project. 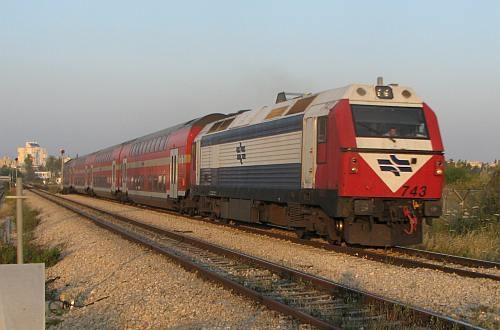 Under the agreement, the NRC will be responsible for implementing electrification on the new railways it is constructing, including the Tel Aviv – Kfar Sava (30km) and Acre – Carmiel lines (23km), while IR will electrify the existing network.

An invitation to prequalify was issued on October 15 for a tender to design, erect, commission, and maintain electrification covering 420km of the existing network. The deadline for submissions is December 31.

An electrification steering committee has also been established headed by Ministry of Transport general manager Mr Uzi Yitzhaki, which includes representatives of the ministry, IR, and NRC.

"At last, after many years of planning and design, the railways' most important project is underway," says IR general manager Mr Boaz Zarir. "This will be the basis for a significant improvement in services, raising speeds, capacity, and frequency to cater for growing passenger numbers and higher freight volumes."