TRACK laying has started on Israel's 60km Valley Line linking Haifa with Sheikh Hussain bridge over the River Jordan where it will eventually be connected to the Jordanian rail network. 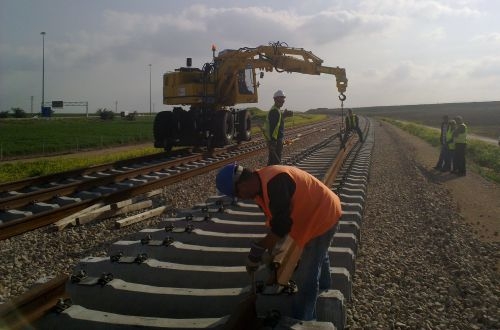 The $US 1bn project includes five stations, of which Kfar-Yehoshua, Kfar-Baruch, Afula, and Beit-Shean are in various stages of completion. The fifth station at Haifa Lev-Ha-Mifratz over the existing station on the Haifa - Nahariya line will be constructed soon.

The double-track line, which will be used by both freight and passenger trains, partially follows the alignment of the historic Hedjaz railway.