IRJ at Middle East Rail, Dubai: Kuwait’s Public Authority for Roads and Transportation (Part) is planning to implement the first phase of the country’s national railway network as a Public Private Partnership (PPP) as it seeks to complete its section of the Gulf States Railway by the mid-2020s. 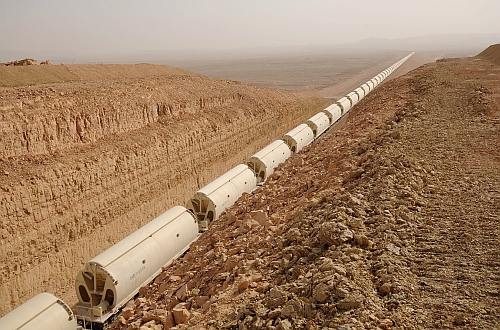 Kapp will tender construction as two design-build-maintain packages, one covering civil works and the other encompassing railway infrastructure and stations. Locomotives and rolling stock will be procured directly by Part and leased to separate passenger and freight operators.

A private consortium will hold up to 44% of shares in the project company, with a minimum of 50% of shares being sold to Kuwaiti nationals through an IPO. The government will hold the remaining 6% stake. Part will pay availability-based unitary charges to the PPP contractor over the 30-year operating period, after which ownership of the infrastructure will be transferred to Part.

Phase 1 will comprise a 111km line from Kuwait City to Nuwaiseb on the Saudi border, which will form part of the Gulf States Railway, and a 153km line linking Kuwait City with Boubyan port.

Part expects to appoint a technical consultant for Phase 1 in the third quarter of this year. The estimated cost of the first phase is Dinars 900m ($US 3bn) at 2016 prices and construction is expected to take four to five years.

Freight is expected to generate more than 70% of revenue, although the first phase will also host passenger services from Kuwait City to Dammam in Saudi Arabia, which will operate at up to 225km/h on the Kuwaiti section.

Ultimately a 575km network is envisaged, with a link to Iraq and lines serving the ports of Shuwaikh and Shuaiba.