ETIHAD Rail has revealed the livery for the fleet of seven locomotives on order from Electro-Motive Diesel (EMD). 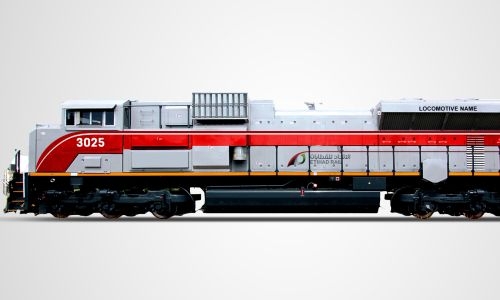 The red and grey livery uses colours from the United Arab Emirates flag.

The locomotives, which will be delivered by the end of the year, will haul up to 22,000 tonnes of granulated sulphur a day in 110-wagon trains over 266km freight line currently under construction from Shah and Habshan to the Gulf port of Ruwais. A fleet of 240 covered hopper wagons is being supplied by CSR, China. This is the first railway to be built in the UAE, and forms the first phase of a 1200km mixed-traffic rail network.