OMAN Rail has received bids from 11 consortia for the civil works contract for the first phase of its railway network, a 207km link from Sohar to Buraimi on the UAE border in the north of the sultanate, which makes up Oman's section of the GCC railway network. 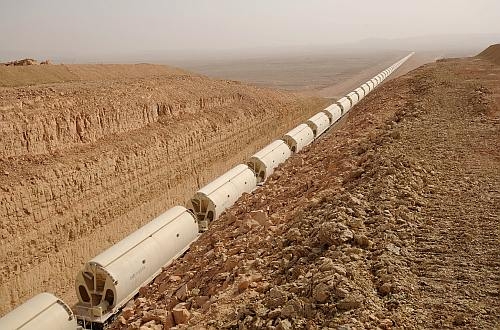 Oman Rail will initially evaluate technical bids for the project, which were received on January 18, from which a shortlist of the most attractive offers will be prepared. Financial bids from the shortlisted bidders will subsequently be opened. Following the conclusion of this evaluation exercise, a handful of bidders with the best technical and financial offers will be invited for final negotiations.

The contract is expected to be awarded in the third quarter of 2015 and construction will start in late 2015 or early 2016. Oman Rail has set the target for completion of the first phase for the end of 2018.

Delivery, installation and commissioning of railway systems for the line, which includes electrical, telecommunications, safety, operation and control, mechanical and electromechanical systems, will be provided by the main contractor's technology partner. This partner will be selected a sub contractor of the civil works contractor. Five consortia led by Alstom, Ansaldo STS, Bombardier, Siemens and Thales were prequalified for this contract in 2014.

Oman Rail stipulates that 10% of the value of all contracts awarded for its railway project must go to domestic companies under an in-country value initiative (ICV). It awarded a contract for project management consultancy for the first phase to a consortium led by Spain's Tecnicas Reunidas last month and ultimately plans to construct a 2135km nationwide standard-gauge network.