QATAR Rail announced on October 4 that it has awarded Kinki Sharyo a contract to supply 35 additional trains for the Doha metro network, taking the total fleet to 110 sets. 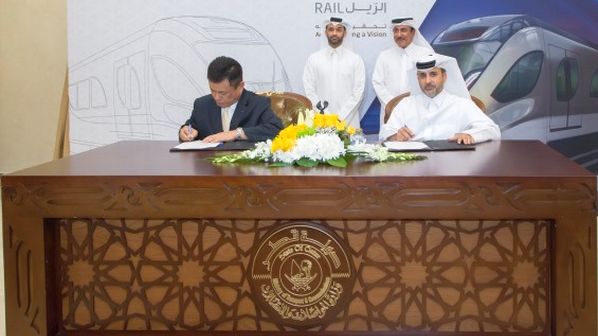 The agreement was signed at the Ministry of Transport in Doha by Qatar Rail managing director, Mr Abdulla Abdulaziz Al Subaie, and Kinki Sharyo director, Mr Hideki Hatai, in the presence of HE Jassim Saif Ahmed Al Sulaiti, minister of transport and communications, and HE Hassan Al Thawadi, secretary general of the Supreme Committee for Delivery and Legacy.

Qatar Rail says the additional trains will enable it to increase network capacity, particularly during the 2022 FIFA World Cup, which will be hosted by Qatar, and expand the fleet in readiness for the extension of the system. 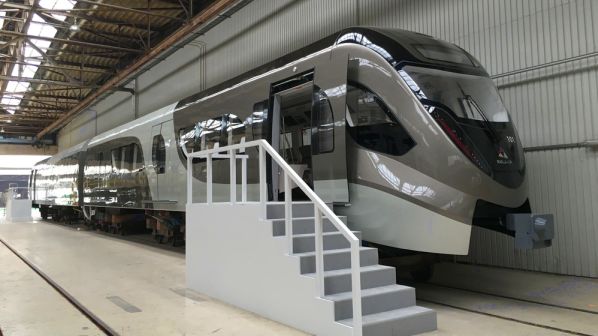 Kinki Sharyo is supplying 75 three-car metro trains, dubbed Al Faras, which are divided into gold and family class in one car, and will have 16 and 26 seats respectively, and two standard-class cars which will both seat 88 passengers. The interior design is inspired by Doha’s skyline architecture, while the exterior of the train is designed to resemble the Arabian mare.

Delivery of the trains to Qatar began in August 2017.

Qatar Rail said recently that construction is now around 90%-complete on the three-line first phase of the network, with works progressing at all 37 stations.