SAUDI Railway Company (SAR) plans to extend its daily Riyadh - Majmaah - Al Qassim passenger service north to Hail, Al Jauf and Qurayyat and introduce an overnight train on the same route on December 24. This will effectively mark the completion of the 2750km North-South Railway project. 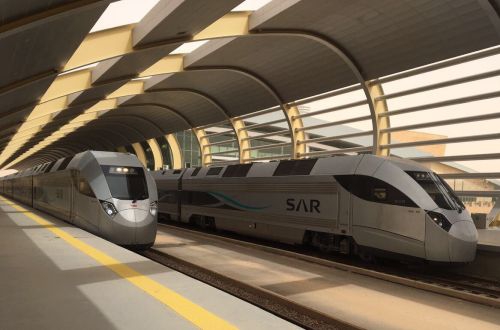 An eight-hour journey time is envisaged for the 1250km journey from Riyadh to Qurayyat near the Jordanian border.

CAF has supplied four day trains and two overnight trains to SAR. The 200km/h day trains consist of two power cars and nine coaches providing 120 seats in business class and 322 seats in economy class as well as a restaurant car. The night trains have a maximum speed of 160km/h and comprise two power cars and 13 coaches. Each train can accommodate 42 passengers in business class, 238 in economy class, and have 92 berths in 24 sleeping compartments. Each train has a restaurant car and is also able to transport 16 automobiles.

SAR introduced its first passenger service on February 26 providing a round trip between Riyadh and Al Qassim on five days per week. This was stepped up to a daily service on April 2.