This includes the start of motorail services on the North-South railway. 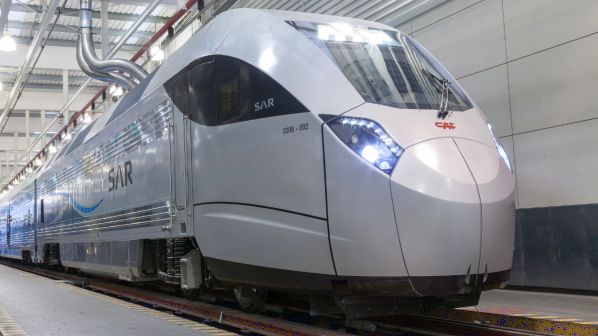 CAF has supplied the diesel trains which SAR operates on the North-South Railway.

SAUDI Arabia’s transport minister Mr Saleh Al-Jasser has announced that Saudi Railway Company (SAR) will extend its passenger service from Jawf north to Qurayyat when the new station on the Jordanian border opens on March 15 2022.

SAR currently operates a weekly overnight passenger train from Riyadh via Hail to Jawf. This service will be extended north to Qurayyat next year. At the same time, SAR will introduce a car-carrying service for the first time.

Meanwhile, the Jawf - Qurayyat section of the North-South Railway is currently being repaired following washouts caused by heavy rainfall.