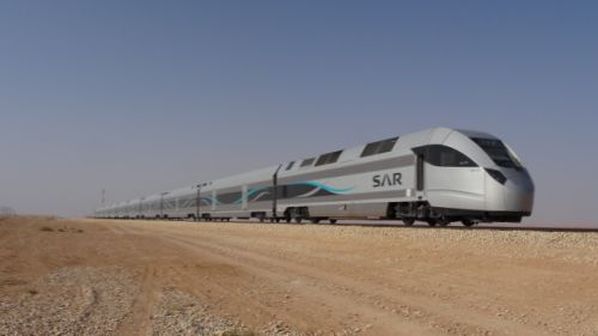 SAR will absorb SRO to form one national railway in Saudi Arabia.

SRO operates the country’s first railway linking the capital Riyadh with the Persian Gulf port of Dammam via Haradh, which opened in 1951. A direct line from Al Hofuf to Riyadh was completed in 1985 extending the network to 1412km.

SRO also managed the construction of the 453km Haramain high-speed line, which opened in September 2018, linking the holy cities of Mecca and Medina via Jeddah and King Abdullah Economic City, with a short branch serving King Abdul Aziz International Airport in Jeddah. The main station in Jeddah is currently being rebuilt after a major fire.

SAR was set up in 2006 to construct the 2400km North-South Railway connecting the Gulf port of Jubail and Riyadh with Hail, Jawf, Qurayyat and Wa’ad Al-Shamal.

The three railways are unconnected. However, a 115km line is under construction between Jubail and Dammam, together with the Saudi Landbridge, a 950km new line from Riyadh to Jeddah. The two projects have an estimated cost of $US 7bn. A link between the SRO and SAR terminals in Riyadh is also planned.

Eng Saleh Bin Nasser Al-Jasser, minister of transport and chairman of SAR, says the completion of the landbridge, which will connect ports on the Red Sea and Persian Gulf for the first time, is part of the national strategy for transport and logistics.

For detailed data on rail projects in Saudi Arabia and around the world, subscribe to IRJ Pro.