THE Saudi Arabian General Investment Authority (Sagia) and the metro authorities from the cities of Jeddah and Mecca are in the final stages of producing a joint request for proposals (RFP) for the Mecca and Jeddah metro projects. 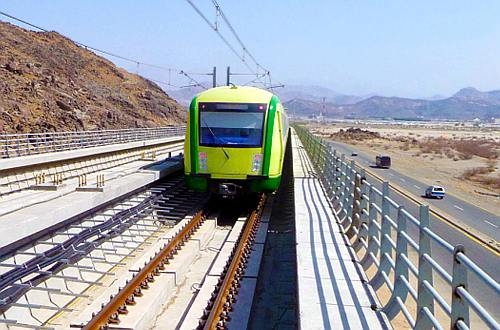 Sagia says the aim of the joint RFP is to create a critical mass of demand and volume that will encourage international companies to localise operations in Saudi Arabia, which will help to meet localisation targets. For example, the Jeddah metro project and Mecca stages two, three and four will require a combined 600-1000 metro cars while a "common envelope" is currently under development which will standardise specifications for the "essential" parts used in rolling stock and systems across Saudi Arabia.

The RFP is in line with Sagia's Unified Investment Plan (UIP), an initiative which seeks to package government spending across a number of sectors into opportunities that will encourage companies to localise their operations.

Saudi Arabia is planning to invest $US 140bn in transport over the next 10 years and Sagia says that companies entering the market under the localisation scheme will have full support of local authorities and the national government. It argues that this commitment will provide them with direct access to growing markets both locally and regionally, as well as a number of other incentives that makes Saudi Arabia a competitive market.