THE six best and final bids were submitted to Israel Railways on September 28 for a contract to supply a fleet of 60 double-deck EMUs totalling 330 cars. 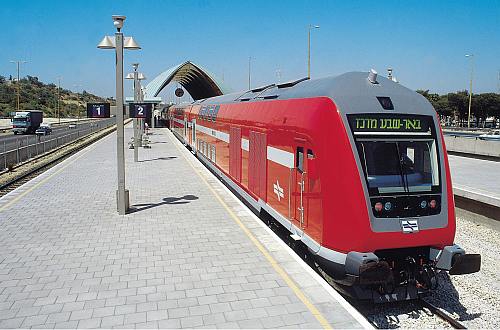 Israel Railways requires trains with capacity of up to 1700 seats (depending on the configuration), which represents a 37% increase in capacity compared with the existing fleet of 520 push-pull double-deck coaches.

The first trains are expected to arrive in Israel towards the end of 2019, and will be operated on the first lines to be electrified. This includes the A1 fast link to Jerusalem which is due to open in April 2018, where existing double-deck push-pull coaches powered by electric locomotives will be used until the new trains are ready to enter service.

The winner of the tender will be required to build a new maintenance workshop at Ashkelon and maintain the new trains there.