THE president of Saudi Railways Organisation (SRO), H E Mohamed Al-Suwaiket, has signed a Riyals 391.5m ($US 104.4m) contract with a Saudi contractor for the first phase of track-doubling on the Riyadh - Harad - Dammam freight-only line. 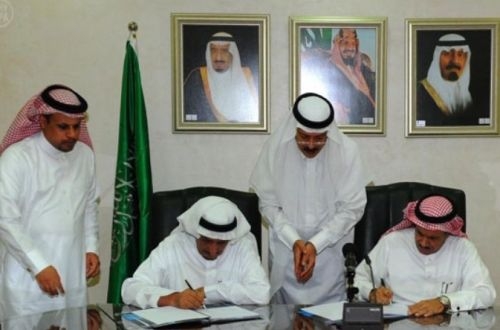 The contract involves doubling a 214km section of the line from Hofuf to Harad, and the project is expected to take two years to complete.

SRO says the project will enable it increase capacity, lengthen trains and cut the 14-hour transit time for freight trains, by reducing the occasions when trains have to wait in passing loops.

SRO carried 535,264 TEUs last year, the highest number of containers in its history, between King Abdul Aziz port in Dammam and Riyadh dry port. Demand is growing from several Saudi companies such as Arasco, Cement Company, Al Belha, Geerco, and GSFMO. "These are companies with large expansion plans which require additional capacity that can be provided by this project," says SRO.

The double-track section will be designed for 150km/h running as SRO plans to introduce a passenger service between Hofuf and Harad, and to Al Kharj at a later stage.

Tender documents are being completed for the second phase of the project to double the section between Riyadh and Al Kharj. The contract will include reconstruction of bridges, and provision of signalling and telecommunications to enable use of the line by both freight and passenger trains.