DYNAMIC testing began on Dubai's first light rail line on January 26, when an Alstom Citadis 402 LRV ran over part of the initial 2.5km test section of the Al Sufouh Tramway. 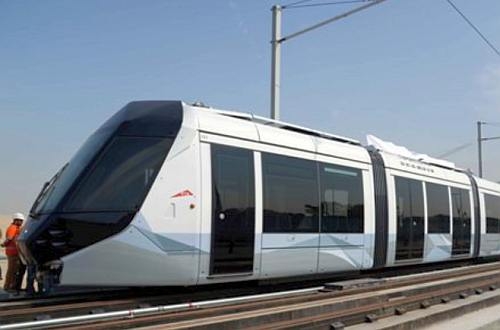 Dubai Roads and Transport Authority (RTA) says it is conducting electrical and braking tests, as well as testing of onboard systems including air-conditioning on the section from the depot on Al Sufouh Road. In the coming months RTA expects to gradually extend test operation over the entire 10.6km first phase of the route, which is expected to open in November.

The line will be the first in the world to be electrified entirely with Alstom's APS ground-level power supply system, which was pioneered in Bordeaux.

Alstom is supplying 11 44m-long LRVs for the first section of the line and a further 14 vehicles will be delivered for the 4km second phase.

The line is forecast to carry around 27,000 passengers per day in the first year of operation and with the completion of the second phase RTA expects daily ridership on the route to reach 66,000 by 2020.