THE United Arab Emirates' federal government will fund the second phase of the country's railway network, which is set to be built by Etihad Rail, the company's acting CEO confirmed this week. 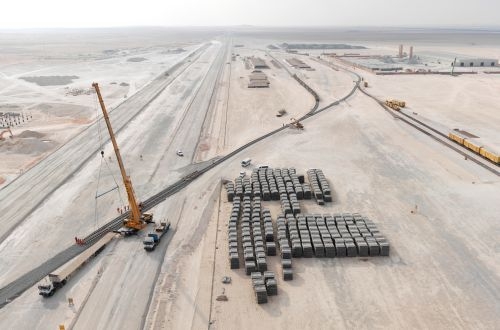 Stage two encompasses a 628km network which will connect the existing 266km line from Shah and Habshan to Ruwais, which is due to open by the end of the year, to Mussafah and Khalifa Port in Abu Dhabi, Jebel Ali in Dubai and to the Saudi and Omani borders.

According to Gulf News, Mr Faris Saif Al Mazroui told reporters at the Dubai International Project Management forum on Tuesday that stage two contracts are awaiting approval from the federal government and that Etihad Rail is "ready to award" them. However, he declined to reveal how much the company, which is 70% owned by the state and 30% by Abu Dhabi, will need to finance the project.

The UAE's railway will form a key part of the proposed Gulf Cooperation Council (GCC) rail network, connecting the UAE with the five other GCC states; Kuwait, Bahrain, Saudi Arabia, Qatar, and Oman. The GCC states are aiming to complete the network by 2018, and Al Mazroui downplayed suggestions that this is now an unrealistic target.

"We are working closely together," Al Mazroui said. "We have monthly meetings with the GCC countries and they are on schedule... 2018 is the commitment that we all agreed and that is what is going to happen."