THE governor of Riyadh Prince Khaled bin Bandar officially launched construction on April 3 of the six-line metro to be built in the Saudi capital. 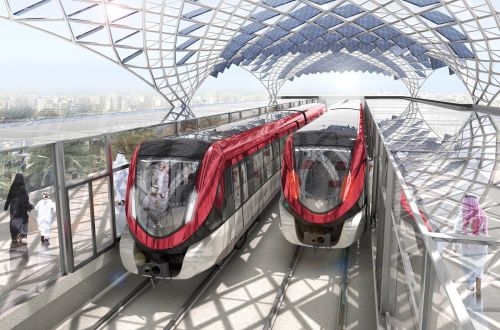 The $US 22.5bn project entails construction of a 176.6km fully-automated metro with 87 stations in just 48 months. Around 73km of the metro will be underground.

ArRiyadh Development Authority, which has overall responsibility for the project, awarded three design and build contracts in July last year. The Bacs consortium led by US engineering giant Bechtel, and including Aecom and Siemens, won a $US 9.45bn contract to build lines 1 and 2. The Arriyadh New Mobility Group, led by Ansaldo STS and including Bombardier which will supply the trains, won a $US 5.2bn contract for Line 3, while a $US 7.8bn contract for lines 4, 5 and 6 was awarded to the Fast consortium led by FCC, Spain, and including Alstom, Samsung C&T, Strukton, Setect, France and Typsa, Spain.