AS the three-year extension granted by Congress in late 2015 gets underway, the Association of American Railroads (AAR) has set year-end 2016 goals for Positive Train Control (PTC) implementation in the United States. 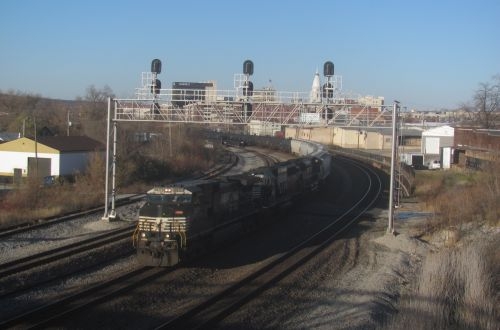 The AAR expects the following to occur by December 31:

Up to December 31 2015, US freight railways had spent more than $US 6bn on PTC with final implementation expected to cost $US 9-10bn.

"In 2016, PTC is a priority for freight railroads as they focus on getting PTC installed and implemented as quickly as possible, without sacrificing safety," AAR spokesperson Mr Ed Greenberg told IRJ's sister publication Railway Age. "The emphasis is that it is critical to make sure PTC is done right. Field testing of PTC is essential for safely deploying the technology and will be a critical focus for the rail industry this year. Currently, rail operators are discovering failure rates of up to 40% as they install and test PTC equipment in PTC labs and designated pilot territories, underscoring the importance of proper testing."

On October 28 Congress agreed to extend the deadline for the installation of PTC by Amtrak, commuter rail operators and Class 1s by a further three years to December 31 2018. The legislation applies to all lines carrying products classed as toxic inhalation hazards (TIHs) and all lines used by passenger trains, with the legislation granting an additional two years beyond December 2018 to finalise full implementation and testing of the new technology, provided they meet specific progress benchmarks:

• PTC hardware is 100% installed on its system by December 31 2018
• PTC technology is implemented on more than 50% of its system
• employee training required by FRA regulations is completed, and
• all spectrum necessary for PTC implementation is obtained.

Installation of PTC was mandated under the Rail Safety Improvement Act (RSIA) of 2008 which was enacted following an accident in Chatsworth, California, in which 25 people were killed after a Metrolink commuter train ran through a red signal and collided head-on with a Union Pacific freight train.