AFTER many years of indecision, the mayor of Virginia Beach Mr William Sessoms and Virginia state transportation secretary Mr Aubrey Layne have agreed to develop plans for a light rail link between Virginia Beach and the neighbouring city of Norfolk. 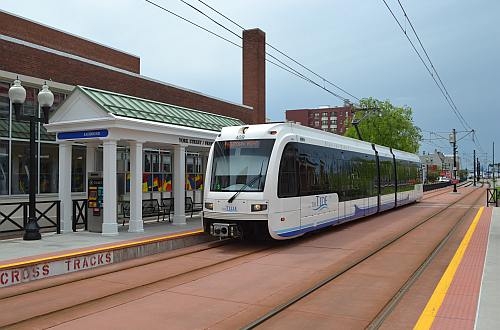 The $US 290m project would involve extending The Tide, Norfolk's existing 12km light rail line, beyond its current eastern terminus at Fort Norfolk/Medical Center, which is situated close to the jurisdictional border between the two cities.

Under the agreement, funding for the project will be split equally between the state government and the City of Virginia Beach. The city will also dismiss three proposals for public private partnerships, which were previously under review, and put the project out to competitive tender.

Virginia Beach has repeatedly rejected LRT as an option for developing transit links over the last few years, favouring a maglev project which the state government has refused to support. Norfolk opened its first light rail line in August 2011.