ALASKA Railroad Corporation has signed a master agreement with Alaska to Alberta Development Corporation (A2A Rail) to cooperate on the development of a $US 13bn project to connect the state to the North American railway network. 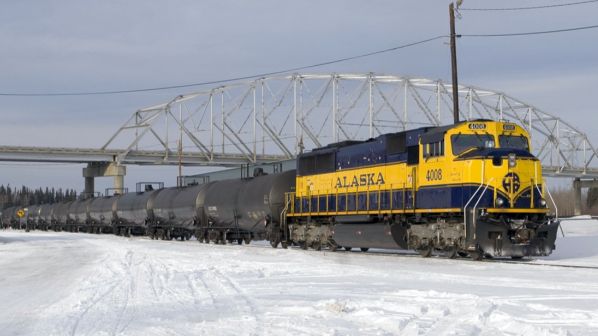 The 2400km line would connect Alaska Railroad’s Delta Junction railhead with Fort McMurray in the Canadian province of Alberta, where it would meet the Canadian National (CN) network. The line would be privately owned and constructed by A2A Rail.

A2A Rail says it has assembled a team of more than 40 people and spent $C 60m ($US 46m) over the last year to move the project forward, and over the remainder of this year it plans to continue engagement with communities and First Peoples as well as engineering design, route planning, environmental assessments and regulatory applications.

Alaska Railroad and A2A Rail will work together on an application to the Alaska Department of Natural Resources seeking a guaranteed route alignment under state law.

Approval of the alignment by the Alaskan state government, the US Surface Transportation Board and the Canadian Transportation Agency will be needed before construction can begin. The project will also require a presidential border crossing permit.

In April the state senate unanimously approved a resolution call on the US Secretary of State to approve permits for the project.

“A rail connection between Alaska and Canada and the rest of the United States is a project that has been talked and dreamed about for close to a century,” says Alaska Railroad president and CEO Mr Bill O’Leary. “Completing that connection has amazing potential for Alaska and this agreement between the Alaska Railroad and A2A Rail is an important first step to get the project underway.”

“We are pleased to reach this milestone with the Alaska Railroad,” says Mr Sean McCoshen, CEO and co-founder of A2A Rail. “It will help assure global investors that obtaining a right-of-way in Alaska is achievable, and sets up major cooperation in permitting, operations, and marketing with the Alaska Railroad. We expect this project to generate significant economic activity in Alaska and Canada.”