All Aboard Florida set for 2016 launch

ALL Aboard Florida, the inter-city passenger subsidiary of Florida East Coast Railway (FEC) has announced details of its first services, which will link Miami, Fort Lauderdale and West Palm Beach from late 2016. 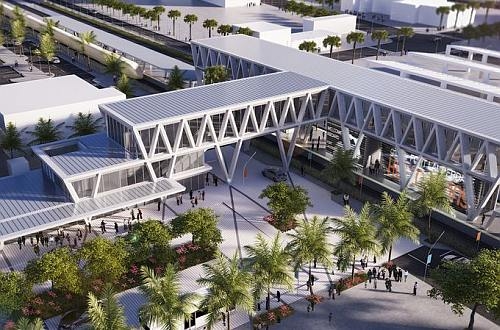 All Aboard Florida on Tuesday unveiled its plans for its new station in Fort Lauderdale, and also announced it would construct a second track on the southern section of the route as it continues planning to extend the service north to Orlando, which is expected to join the route in 2017. A future extension from Orlando to Tampa is also proposed.

All Aboard Florida president Mr Michael Reininger told local media that the service will not compete with Tri-Rail commuter rail services because it will only serve three stations, whereas Tri-Rail makes 16 stops between Miami International Airport and West Palm Beach.

First announced in March 2012, All Aboard Florida will use the existing 320km FEC freight line between Miami and Cocoa, where services will continue on a new 64km line to Orlando International Airport following the route of State Road 528. Construction is expected to begin on the new-build section next year.

Besides Tampa, a future leg north to Jacksonville near the state border with Georgia has also been proposed.