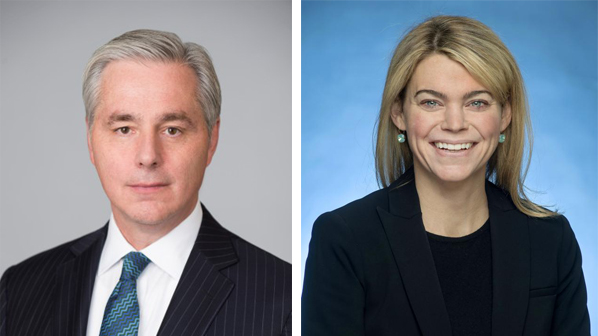 Flynn will succeed Mr Richard Anderson on April 15 following what Amtrak’s chairman Mr Anthony Coscia describes as “a planned executive succession process undertaken by the board of directors.”

Feinberg takes over from Mr Andy Byford who resigned unexpectedly on January 23, two years after taking up the role. Feinberg will start her new role on March 9.

Flynn has more than four decades of transport and logistics experience, having worked in the rail freight, maritime and aviation sectors. He has spent the last 13 years as chairman, president and CEO of Atlas Air Worldwide Holdings, which operates in the air freight, military charter and passenger charter markets. He also held senior roles with US Class 1 railway CSX Transportation, Sea-Land Services, and GeoLogistics.

Flynn comes from a railway family. His father was a Conrail driver; his uncle, an Amtrak driver; and his brother, an Amtrak conductor and local union chair.

“Our goal with this leadership transition is simple,” Coscia says. “We want to continue the modernisation of Amtrak that started four years ago with Wick Moorman, and then accelerated under Richard Anderson. Our company has never been stronger than it is today. We have record ridership, record revenue, and in 2020, we are on track to achieve operational break-even for the first time in our 49-year history. We need to maintain our current high level of operational performance while continuing to innovate for our customers, so that we can be the mode and partner of choice for our customers for the next 50 years.”

Anderson, who has served as Amtrak’s president and CEO since July 2017, will remain with the long-distance passenger operator until the end of the year as a senior advisor to Flynn.

Feinberg is chair of MTA’s Transit Committee, a former Federal Railroad Administrator and previously served on the Amtrak board. As FRA Administrator, Feinberg developed and enforced rail safety regulations for both freight and passenger rail and managed a multi-billion-dollar rail investment portfolio. She also completed and signed two of the largest loans in the Department of Transportation’s (DOT) history, focused the rail industry’s attention on safety issues such as an opioid crisis, and after many years of delay, helped force the US rail network to begin full implementation of Positive Train Control.