THE United States House of Representatives approved the 2013 Financial Year Budget Bill on March 21, which will maintain Amtrak's budget for the remainder of the 2013 financial year at slightly below current levels despite the threat of cuts. 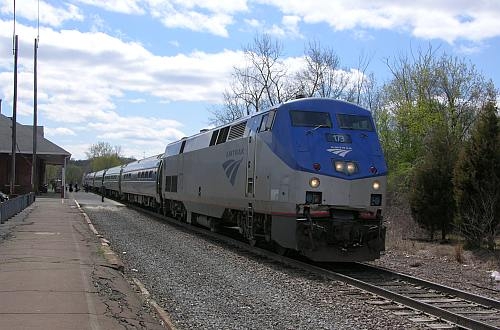 Amtrak will receive $US 1.35bn during the current financial year, which ends in October, equivalent to the $US 1.4bn it received in the 2012 financial year minus 5% due to sequestration, which took place earlier this month.

The National Association of Railroad Passengers (Narp) reports that the Senate "amended a House proposal that slashed transportation funding, reinstating the funding levels to those approved in the 2012 surface transportation bill passed [last] autumn. The House voted to pass the Senate-amended bill by a vote of 318-109."

Narp says it expects Amtrak to generate a surplus in its operating budget and this is likely to be used for a down payment on its order for Viewliner coaches from CAF.

• Pennsylvania governor Mr Tom Corbett also announced on March 21 that the state had reached an agreement with Amtrak to continue the operation of the Pennsylvanian service between Pittsburgh and the state capital Harrisburg. The state will pay a subsidy of $US 3.8m per year for the train, below the $US 5.7m initially sought by Amtrak. Amtrak has requested state support as part of a change in federal law that requires it to apply a uniform cost-sharing formula with state governments for routes of up to 1200km.