THE expansion of Positive Train Control and upgrading of a key section of the Washington DC – New York – Boston Northeast Corridor (NEC) for 257km/h operation are among the highlights of Amtrak's 2014 infrastructure programme, which was announced on March 10. 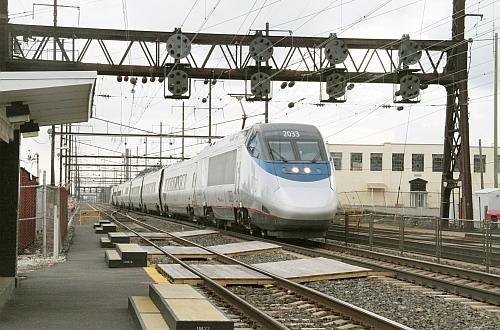 So far Amtrak has rolled out PTC on 853 track-km, including parts of the NEC and on the 158km section of the Chicago – Detroit line between Porter, Indiana, and Kalamazoo, Michigan, which has recently been upgraded. This year Amtrak will extend PTC to cover a further 1930 track-km. Amtrak says it is currently taking action to obtain radio spectrum for critical data transmission in the areas where PTC will soon be installed, and the operator is on target to complete the rollout across its network by the 2015 federal deadline.

Later this year Amtrak will begin work on a project to upgrade line speeds on a 37km section of the NEC between Trenton and New Brunswick, New Jersey, from 217km/h to 257km/h. The project will include track layout alterations on the approach to New York Penn station to mitigate congestion issues.

Amtrak intends to continue planning work for its Gateway Programme to expand track, tunnel, and station capacity on the line between Penn station and Newark, New Jersey, and the programme to improve accessibility at stations will also continue.