US national passenger rail operator Amtrak says ridership on its services continued to increase steadily in the first half of the 2013 financial year (October 2012 – March 2013), despite the disruption to the network in the northeast caused by Hurricane Sandy last October. 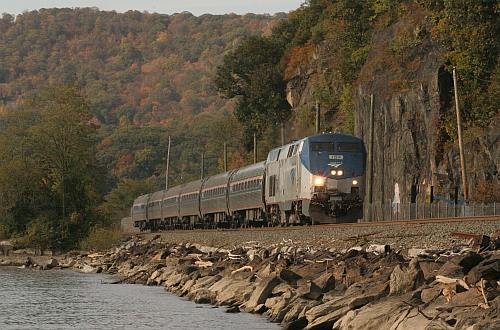 Overall ridership increased by 0.9% compared with the corresponding period in the previous financial year, reaching 15.09 million. The Northeast Corridor, which was hit badly by Sandy, saw passenger numbers fall by 1.2% to 5.48 million, although Amtrak says traffic is recovering strongly and it expects figures for the full year to show growth.

"The continued ridership growth on routes across the country reinforces the need for dedicated, multi-year federal operating and capital funding to support existing intercity passenger rail services and the development of new ones," says Amtrak president and CEO Mr Joseph Boardman.

At the end of last month Amtrak submitted its funding request for the 2014 financial year to Congress, which asks for a 17% reduction in operating support. However, Amtrak is seeking an increase in federal capital support to $US 2.07bn to fund investments in infrastructure and new equipment.