AMTRAK is set to issue a request for information in early 2013 to replace its existing 20 Acela Express high-speed trains and procure additional rolling stock to meet the growing demand for its services on the Northeast Corridor between Washington, DC, New York and Boston. 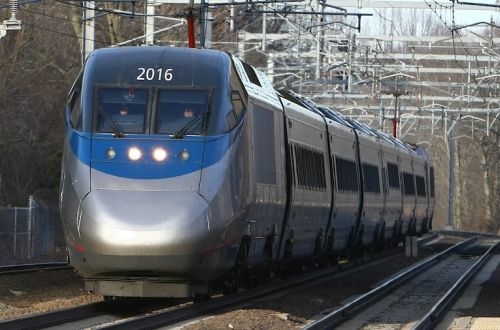 Amtrak president and CEO Mr Joseph Boardman made the announcement during a testimony to the House Transportation and Infrastructure Committee on December 13. As a result Amtrak has abandoned a previous plan to purchase 40 passenger coaches to supplement its existing Acela fleet.

"Moving directly to new high-speed trains is the best option to create more seating capacity, permit higher speeds, and maximise customer comfort, all while improving equipment reliability and reducing operating costs," Boardman said. "The previous plan to add 40 passenger cars with newer technology to the older Acela trains was a stop-gap measure, posed technical challenges, and was determined not to be cost effective and insufficient to handle new ridership growth projections."

Amtrak purchased the trains, which are comprised of six passenger coaches and two power cars, in a $US 1.2bn deal with a consortium of Bombardier and Alstom signed in 1996. The trains currently operate at a maximum speed of 240km/h on the corridor, although they operate at an average of around this, and served 3.4 million passengers in the financial year which ended on September 30. The operator said it was too early to say how much the new trains might cost, but that it hoped to receive new rolling stock within five to seven years.

Boardman told the committee that Amtrak has progressed with a number of major proposals to address the NEC's growth and development needs in the past two years. The NEC Upgrade Programme to bring the corridor up to a good state of repair and meet journey time improvements, and its next-generation high-speed rail programme to develop a 350km/h service on new dedicated infrastructure are detailed in the Amtrak Vision for the Northeast Corridor issued in August (IRJ September p107).

He also outlined his view on attracting private investment in the corridor, a consistent criticism of Amtrak's operations by outgoing committee chairman Mr John Mica.

"Only after the public sector has allocated significant funding and committed itself to a project of this magnitude will the private sector be willing to enter the deal and deliver value for money," Boardman said. "Once these services generate revenue streams, these projects can and will attract private funding that can help to repay initial capital costs."

In a statement issued following the hearing, Mica continued on his push for private sector involvement.

"I began my chairmanship in this Congress with a hearing in Grand Central Station on the need for private sector involvement in developing Northeast Corridor high-speed rail, and with today's final scheduled Full Committee hearing of the Congress, we'll examine the issue again nearly two years later," Mica said. "While I have been a vocal critic of Amtrak, I am also a strong proponent of high-speed rail, passenger rail, and transit. But we have to ensure that any rail development or project makes sense in places where there is the greatest need and at the lowest possible cost to the taxpayers."