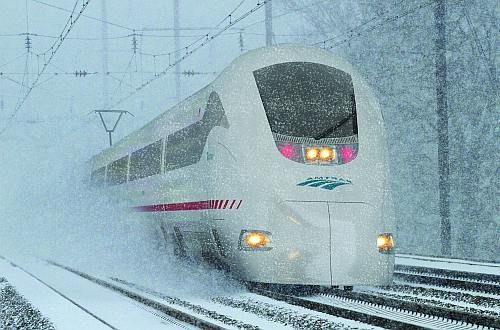 President and CEO Mr Joseph Boardman says Amtrak is seeking the amendment as part of its plans to replace the fleet of 20 Acela Express trains used on the Northeast Corridor within five to seven years.

US crashworthiness standards mean passenger vehicles are considerably heavier than their European or Asian counterparts, which means standard train designs cannot be used and energy consumption is increased.

FRA and some safety experts have favoured the emphasis on 'survivability' over collision avoidance in part because many Amtrak services use freight lines for much or all of their journeys.

Critics note the emphasis came about in part due to an incident in January 1987, when Amtrak's Colonial slammed into a freight train that had passed a signal at danger on the Northeast Corridor, which is owned by Amtrak. The collision killed 16. Subsequent incidents, including an Amtrak derailment at Big Bayou Canot near Mobile, Alabama, in September 1993, reinforced the FRA's position.

The FRA is coordinating development of safety standards for trains designed for operation at speeds exceeding 240km/h in consultation with Amtrak and numerous other parties, including the American Public Transportation Association (Apta).