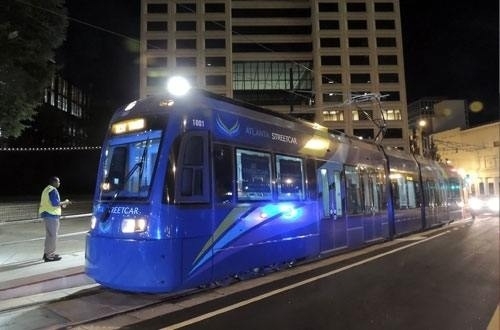 The initial 12-station phase of the Atlanta Streetcar network runs from Centennial Olympic Park in the east to the Martin Luther King Jr National Historic Site in the west.

Services operate at 10-minute intervals at peak times, with trams running every 15 minutes at other times.

Siemens has supplied four 70% low-floor S70 LRVs to Marta for the route.