AUSTIN city council and Capital Metro have unanimously approved a new $US 7bn financial plan for the construction of the Texan capital’s Project Connect transport system, following a joint meeting on July 27. 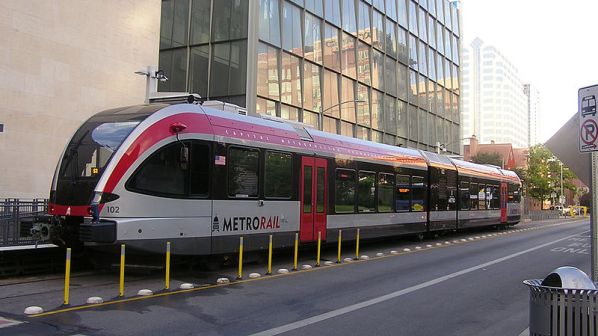 Under the new plan, $US 3.15bn (45%) of total costs would be funded through a capital investment grant (CIG) from the Federal Transit Administration (FTA). No grant has yet been awarded, but estimations are based on previous CIGs awarded by the FTA, such as for light rail expansion in Phoenix, Arizona.

The remaining $US 3.85bn will be covered through an additional 8.75 cent municipal tax increase. However, in order to be implemented, this new increase must be approved via a tax rate vote currently planned for November, when the city’s budget and next year’s tax rate are decided.

The new financial plan reduces the original planned cost of the new transport system by around $US 2.6bn from its original $US 9.6bn price tag, following a proposal by Capital Metro in the face of the coronavirus pandemic’s economic impact.

The budget cut includes significant reductions in the scale of proposed light rail routes, including the scrapping of the 9.7km Gold Line between Austin Community College Highland and downtown. In addition, the proposed North Lamar - Tech Ridge and Stassney Lane - Slaughter extensions of the Orange Line have also been put on indefinite hold. Both planned routes will instead be served by a MetroRapid bus service.

In the reduced plan, the 32km Orange Line will run mainly along North Lamar between South Congress, interchanging in downtown with the 24km Blue Line, which will run from there to Austin-Bergstrom International Airport.

Despite the reduction, Mr Greg Canally, the city’s deputy chief financial officer, suggested that the proposed extensions could eventually be constructed through additional partnerships with organisations such as the Texas state government and the University of Texas.

The project is intended to accommodate for the city’s growing population of 2.2 million, which is projected to double by 2040.